The 49th International Exhibition of Inventions of Geneva (IEIG) was held from March 16th to 20th. A Method and Technology for Improving the Aerodynamic Performance of a Horizontal Axis Wind Turbine led by Prof. Dai Yuanjun of School of Mechanical Engineering (SME) received the gold medal and Energy Saving and Environmental Protection System and Device for Central Heating of Gas-fired Hot Water Boiler by Associate Professor Li Baohua won the silver medal.

Dai’s team targets the settlement of aerodynamic performance issues, such as wind wheel and tower, amid complicated, alternating and even random effects of wind. According to how blades turn, the team adopted a parameterized model, designed and developed a biotic low-noise wind turbine featuring diverse wing by changing the construction of blade tip. Thus, the turbine loses less eddies, reduces noise and loss of machine, and increases conversion efficiency. Then the team examined whether relevant materials can be applied, designed and processed production molds, and researched on the standard as well as criterion of installation. As such, this study has been rewarded with one international patent, 12 invention patents, 24 utility model patents, 5 software copyrights and one technical specification. Also, findings of this study have been put into use in some wind power enterprises in China, thus contributing to holistic theory and practice of wind turbine blades in noise reduction and efficiency improvement. 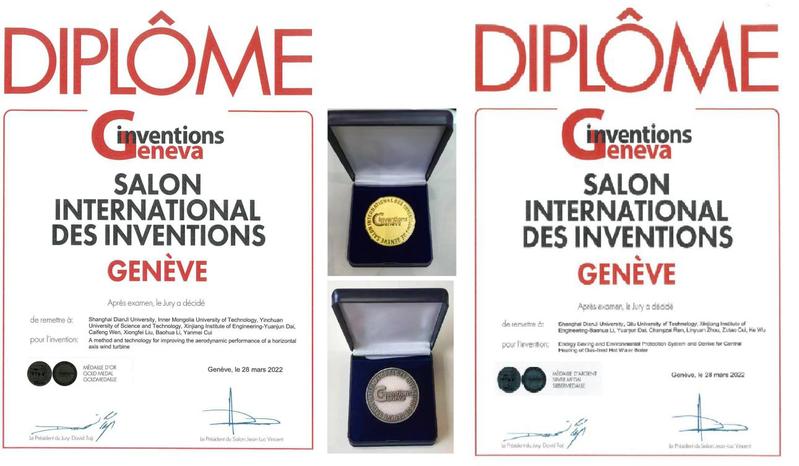 Li’s team eyes on solving the problems of poor quality in boiler heating system, large energy consumption of heat supply system and low efficiency of energy use.Based on the operation data of heat-supply enterprises, the team established a big data platform and set a responsive smart system of heating as the goal of design. Meanwhile, various technologies were employed, including carbon offset, frequency conversion, hydropower balancing of pipeline network, waste heat recovery of flue gas condensation, time-and-region specific control and regular contaminant removal in boiler water system. With these technologies, the team established a smart heating grid that collectively controls boiler rooms, heat stations and heat consumers. Thus, they can automatically switch the way to work on the basis of the load rate of the system in a timed manner. On the other hand, energy utilization efficiency can be improved, pollutant emissions reduced and the life span of boilers prolonged. In addition, this new system has 32 intellectual property rights in China, including 2 invention patents, 10 utility model patents, 14 software copyrights, and 6 technical standards.The system has been applied to heavy-duty gas-fired hot water boiler in large heating enterprises.

IEIG is one of the world’s three major invention events, along with INPEX of Pittsburgh and iENA of Nuremberg. Founded in 1973, IEIG is co-organized by the World Intellectual Property Organization, the Swiss Federal Government, Government of Geneva Canton, and Government of Geneva City.The exhibition this year was held online due to the pandemic. About 800 inventions from 25 countries and regions were evaluated by the international jury of specialists in mid-March. Previous gold and silver medalists in China largely came from top universities, including Tsinghua University, Shanghai Jiaotong University and University of Science and Technology of China.

SDJU’s maiden presence gained one gold medal and one silver medal, marking its essential bid for promoting S&T achievement transformation and expanding channels in technology transfer. At the same time, it attests to the international peer the scientific research strength of SDJU. (School of Mechanical Engineering)