To celebrate the centenary of the founding of CPC, on June 19th, the original ethnic drama Pomegranate Blossom was put on the stage of Magnolia Theater by institutions including Shanghai Ethnic Minority Union. Ethnic minority students from SDJU attended the performance as volunteers.

Members of SDJU United Front Work Office greeted the ethnic minority students, applauding their enthusiasm towards volunteering activities and encouraging them to display ethnic features to promote cultural exchanges between people of different ethnicities. An ethnic student from School of Mechanical Engineering said he was excited to wear the ethnic-featured costume and embrace audience in the theater. He was in gratitude for the caring for ethnic minority students by the Party, and promised to appreciate the Party’s deeds and follow its guidance, helping strengthen solidarity among ethnicities in China. (Sha Xupei) 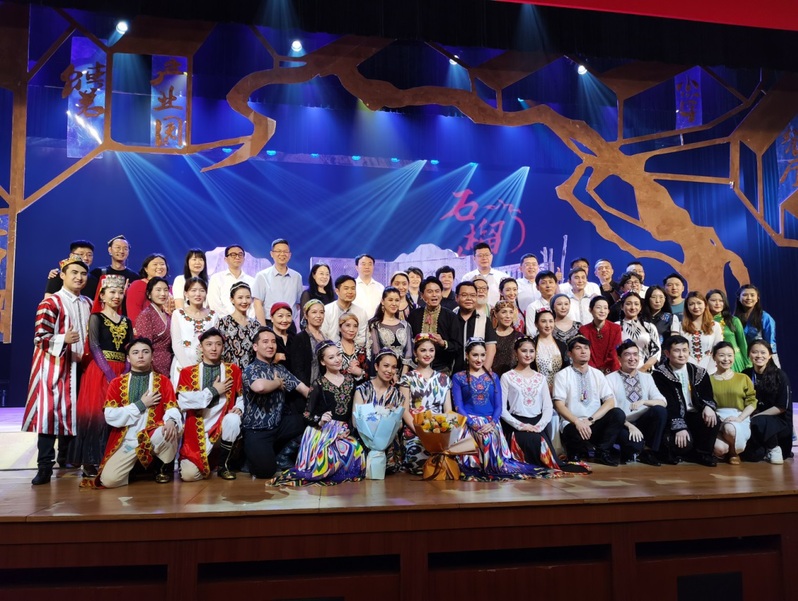