To succeed as one of 16 participants, United Front Work Office of Party Committee arranged in a holistic manner and organized meticulously, in preparing the Dragon Boat Team (under Physical Education Department) for this 12-player (mixed) 200-meter dragon boat race. Before the race, President Hu Sheng visited the team and cordially conversed with players of ethnic minorities to learn their preparation and training.

Dragon boat is shaped after the image of dragon and often raced in Dragon Boat Festival. As an important tradition for Dragon Boat Festival from ancient time, dragon boat race remains one of cultural symbols of Chinese dragon totem. Participating this match not only furthered exchanges, communication and integration of SDJU students of ethnic minorities with those of other colleges and students, but also shored up cultural identity and confidence, and well displayed national unity.(Li Zhiying) 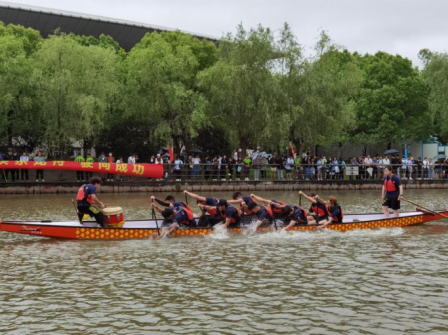 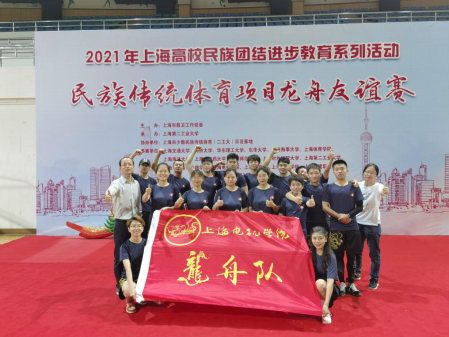