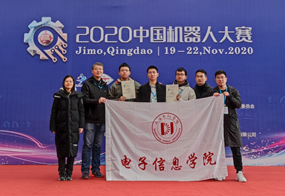 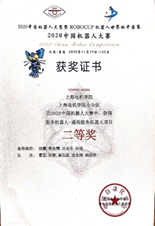 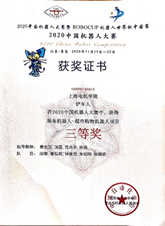 China Robot Competition is one of the most influential and comprehensive technology competitions in China. It has been organized 21 times from 1999 to 2020, and has been listed in the 2015-2019 National University Subject Competition List of China Association of Higher Education.

SDJU team members have been preparing for the competition since summer vacation. They did their utmost to work out solutions, build hardware and software platforms, develop algorithms, and debug the whole machine. The functions of the robot have been continuously optimized, and the test results are getting better and better. Affected by the epidemic, the competition was put off several times, and there was a sudden outbreak of epidemic just before they left. However, these contingencies do not disturb their preparation. The team members are fully confident and bound to win.

During the process of ardent preparation, the team members solved many problems under the guidance and help of supervising teachers as well as their mutual support, encouragement and their own persistence and efforts. They upgraded the speech recognition algorithm and added the function of hot terms, which greatly improved the accuracy of speech recognition, far better than other teams. During the competition, players debugged the equipment until midnight, and stayed up late after returning to their residence to adjust the code according to the actual test results of the competition. At 6 a.m., they endured the cold weather and rushed to the competition stadium to debug the equipment before the competition started. 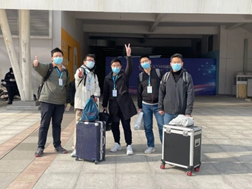